Bulgaria hosted a professional European Tour golf tournament for second time in its golf history. From 6th September to 9th September, 2018, the Lighthouse Golf & Spa Resort welcomed golf professionals from all over the world at the age of 50 and over, led by world-renowned Ian Woosnam, winner of the US Masters 1991 and designer of the Lighthouse Golf Course. The tournament was the only one of its kind in the world and culminated in the celebration of the 10th anniversary of the golf course, opened in September 2008. The main partner of the event was the Ministry of Tourism in Bulgaria.

George Tchouklev, owner and CEO of Lighthouse Golf & Spa Resort, said: “We are very proud to have been chosen to host the 2018 European Tour Properties Senior Classic. It is amazing to see how fast golf has grown in Bulgaria over the past six years, and to be given this opportunity gives us confidence knowing that we are on the right track..”

The tournament provided a unique opportunity for all golfers in Bulgaria to play along with world’s senior professional golfers. The participants competed in several different formats – standard pro-am on September 5th and 6th, Alliance pro-am on the 7th and 8th. The ‘Alliance’ format of the tournament allowed amateurs to play alongside the line-up of players during the first and second rounds of the event which took place on the 7th and 8th Sept.

The final professionals only round was on 9th September. The prize fund for tournament was €250,000. The winners were Magnus Atlevi (Sweden), Stephen Dodd (UK) and James Kingston (RSA).

This golf event was the highlight of golf in Bulgaria in 2018 as we also celebrated the tenth anniversary of our resort. It was a great opportunity to present Bulgaria as undiscovered golf destination with the support of the Ministry of Tourism. Lighthouse Golf Resort united PRO players from all over the world and inspired them with its breathtaking views, pristine nature and distinguished cuisine.

The below link will take you to the short daily highlights coverage over the three days hosted on the Staysure section of the ET website: http://www.europeantour.com/staysuretour/european-tour-properties-senior-classic

What you can read next 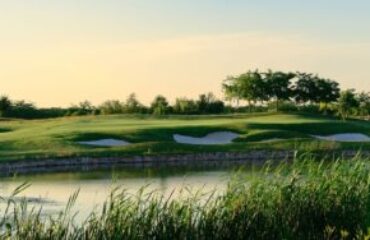 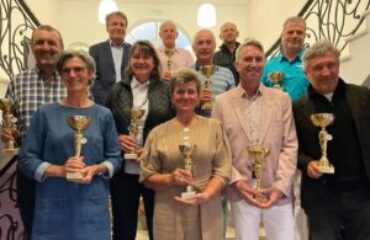 The Bulgarian Golf Association with Lighthouse Golf & SPA Resort and BlackSeaRama Golf & Villas have the great pleasure to welcome you to participate in the 2nd Bulgarian (stand alone) Senior Championship which will take place from the 19th to 21st May 2022 - counting WARG (world amateur ranking points event).